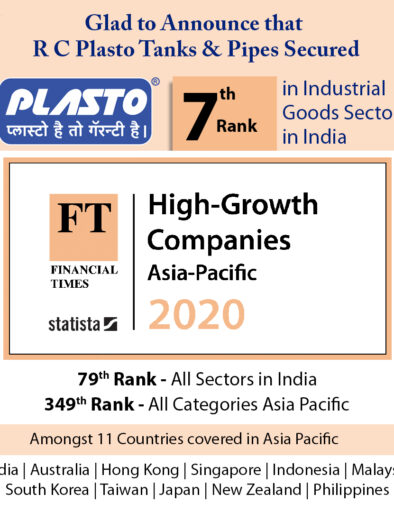 Nagpur: In the survey, R C Plasto was recognised as one of the high revenue growth companies in Asia Pacific region Business Bureau; R C Plasto Tanks and Pipes Private Limited, a leading name in the field of water tanks ad pipes manufacturing in the country, was ranked 7th in Industrial Goods Sector, 78th in All Sectors in India and 349th in Asia Pacific region in the survey conducted by the Financial Times and Statista, a German company specialising in the market research and consumer data.